The solar canopies are capable of producing in excess of four megawatts of power, and within a year, this will offset the CO2 equivalent of approximately six million pounds of coal burned. 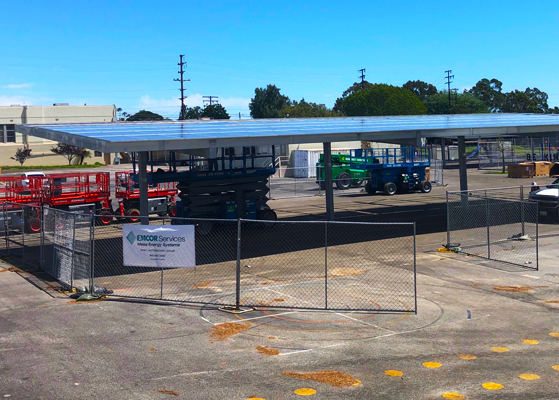 EMCOR Services Mesa Energy (Mesa) developed and built a solar canopy network for the Long Beach Unified School District (LBUSD). Serving 21 schools across the district, the solar canopies are capable of producing in excess of four megawatts of power. Within a year, this will offset the CO2 equivalent of approximately six million pounds of coal burned.

The project was completed through a Power Purchase Agreement which allows LBUSD to benefit from discounted utility rates for years to come, without having to front any of the capital to build or maintain the system.

LBUSD initiated the project as part of a larger effort to promote sustainability across the district. They sought a solar contractor with both the technical expertise and regulatory knowledge to lead the project all the way from development through completion.

Mesa served as both the prime contractor and the developer for this project, which started out with a variety of soft development tasks at each school, including site surveying and locating underground utilities.

Then Mesa installed and performed electrical work for the racking structure and panels– supplying only the highest quality, Tier-1 products. 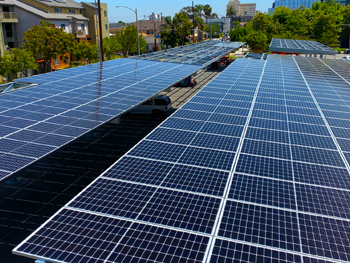 With the canopies in place, Mesa connected the solar array with each school’s electrical room, leveraging underground direction boring to avoid disturbing top surface. Each system was installed with a data monitoring device that tracks output and function in order to promote efficient performance and simplify maintenance.

Throughout each phase of the project, Mesa also lead the complex permitting process. Thanks to Mesa’s long standing working relationships with third-party organizations like California’s Department of State Architects, the project was able to proceed in a timely manner while meeting all regulatory and performance criteria.